The Boulder Magnetic Model of the Earth (BOUMME)

This is a beta release of the upcoming Boulder Magnetic Model of the Earth (BOUMME). We used magnetic measurements from the CHAMP, Swarm and DMSP satellites to build a time-continuous core field model, including secular variation and secular acceleration from 2000 to 2019. The model can be used to study equatorial secular acceleration pulses, as shown in the image below. 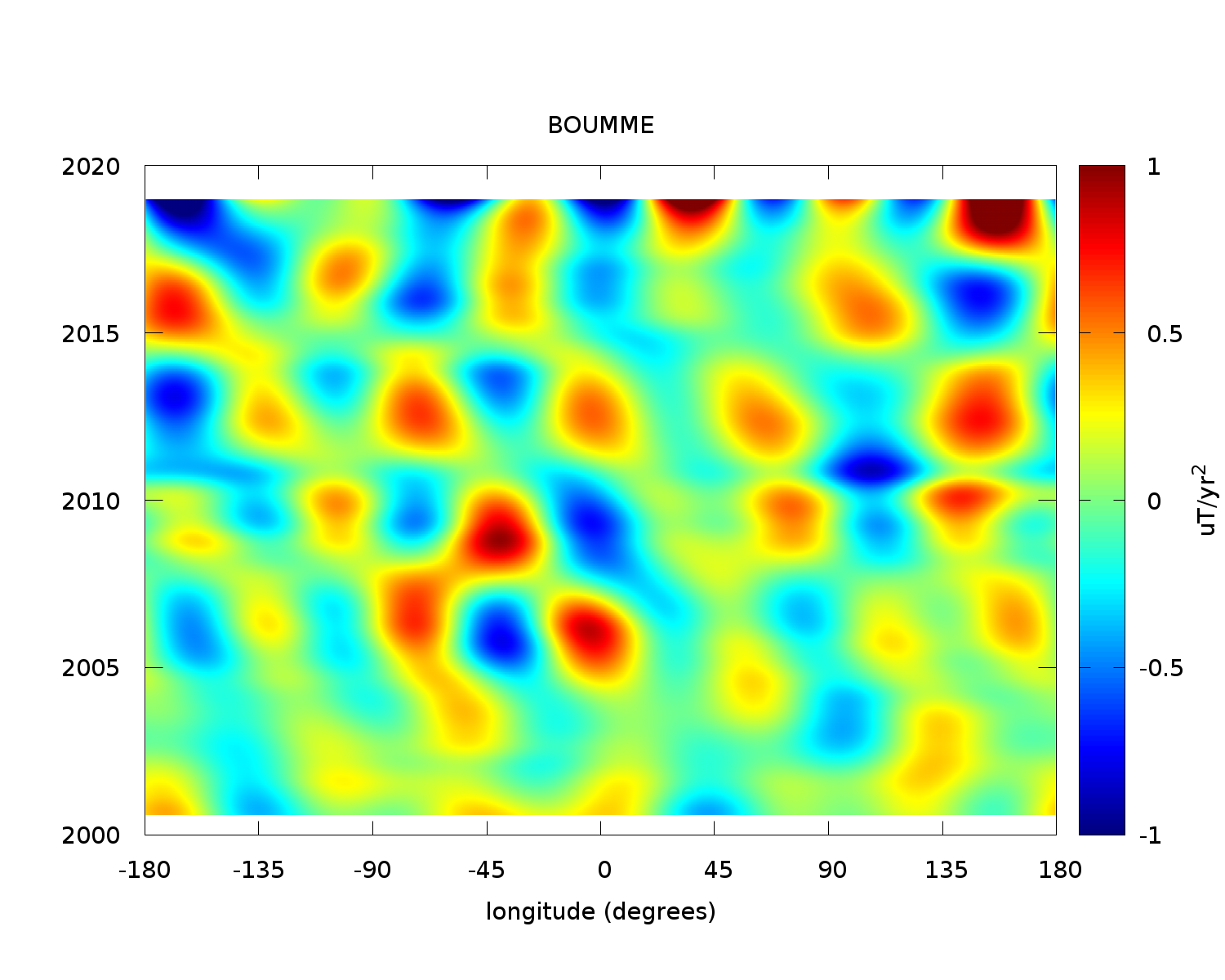 Figure 1: Time-longitude plot of secular accelerration along the geographic equator. The temporal evolution of the second time derivative of the radial field component at the core mantle boundary is shown..