Marine and airborne magnetic anomaly data have been collected for more than half a century, providing global coverage of the Earth. Due to the changing main field from the Earth's core, and due to differences in quality and coverage, combining these data to a consistent global magnetic grid is challenging. The World Digital Magnetic Anomaly Map (WDMAM) project is an international effort to integrate all available near-surface and satellite magnetic anomaly data. Teams of researchers were invited by IAGA and CWGM to produce candidate maps using a common pool of data sets. Following a scientific review of the candidate submissions, NGDC's grid (now called EMAG3) was chosen as a base grid for the WDMAM project. 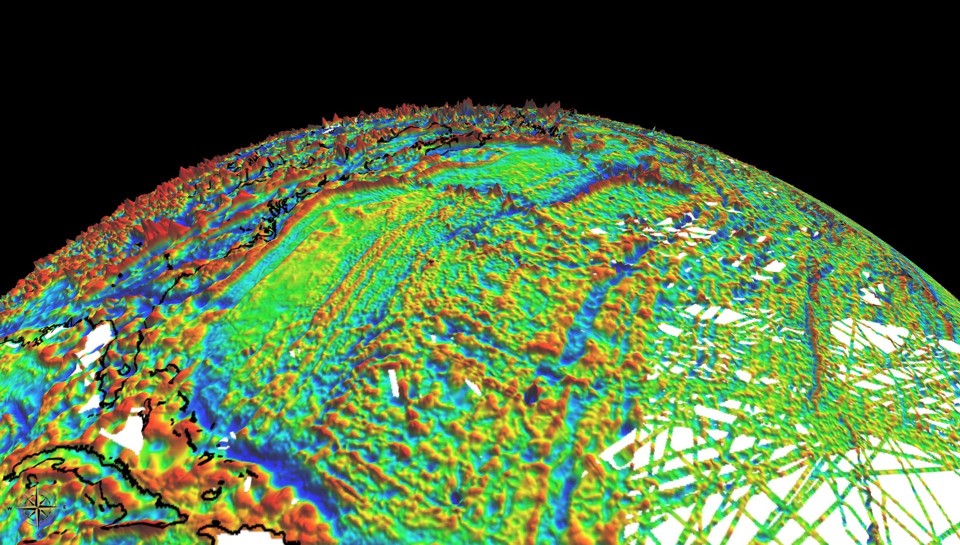 The WDMAM is specified as a global 3-arc-minute resolution grid of the anomaly of the magnetic intensity at an altitude of 5 km above mean sea level. It was compiled from satellite, marine, aeromagnetic and ground magnetic surveys (see our acknowledgement of data providers and collaborators). A version of the WDMAM for visualization in NASA World Wind can be downloaded from GETECH . See table below for a plugin for Google Earth.