While electric fields play the dominant role as drivers of electric currents in the ionospheric E-Region, the important current drivers in the F-region are pressure gradients and the Earth’s gravity field acting on the plasma.

Figure 1: Ion density from the International Reference Ionosphere (IRI) displayed as color maps for a summer (June 21, 2000) and a winter day (December 20, 2000) for an altitude of 400 km at 18:00 UT. Overlain are the current lines of the non-divergent part of the gravity-driven current. A sheet current with a density of 1 mA/m flows eastward between any two neighboring isolines of the stream function.

Gradients in the plasma pressure (see a typical plasma density in Figure 1) give rise to electric currents flowing perpendicular to these gradients and perpendicular to the magnetic field. These currents can be interpreted as a diamagnetic effect: They are organized in such a way that they reduce the strength of the magnetic field in regions of denser plasma. To a first approximation, the local diamagnetic effect is directly proportional to the local plasma density and temperature. Thus, magnetic field measurements from satellites which have a Langmuir Probe (like CHAMP and the upcoming Swarm mission) can be corrected for this effect. For details see Luehr, Rother, Maus, Mai and Cooke (2003).

A further important driver of electric currents in the F-Region is the Earth’s gravity field. A gravity field acting on a collisionless, magnetized space plasma causes electrons and ions to drift into opposite directions, in addition to gyrating around the magnetic field lines. This sets up an electric current which flows perpendicular to the gravity and magnetic fields in the eastward direction. Its magnetic field signal, although 10,000 times smaller than the ambient Earth's magnetic field, is clearly visible in CHAMP satellite magnetic measurements (Maus and Luehr, 2006). A current ribbon of more than 50 kA, about 66 degrees wide in latitude moves with the sun northward in summer and southward in winter (see Figure 2). 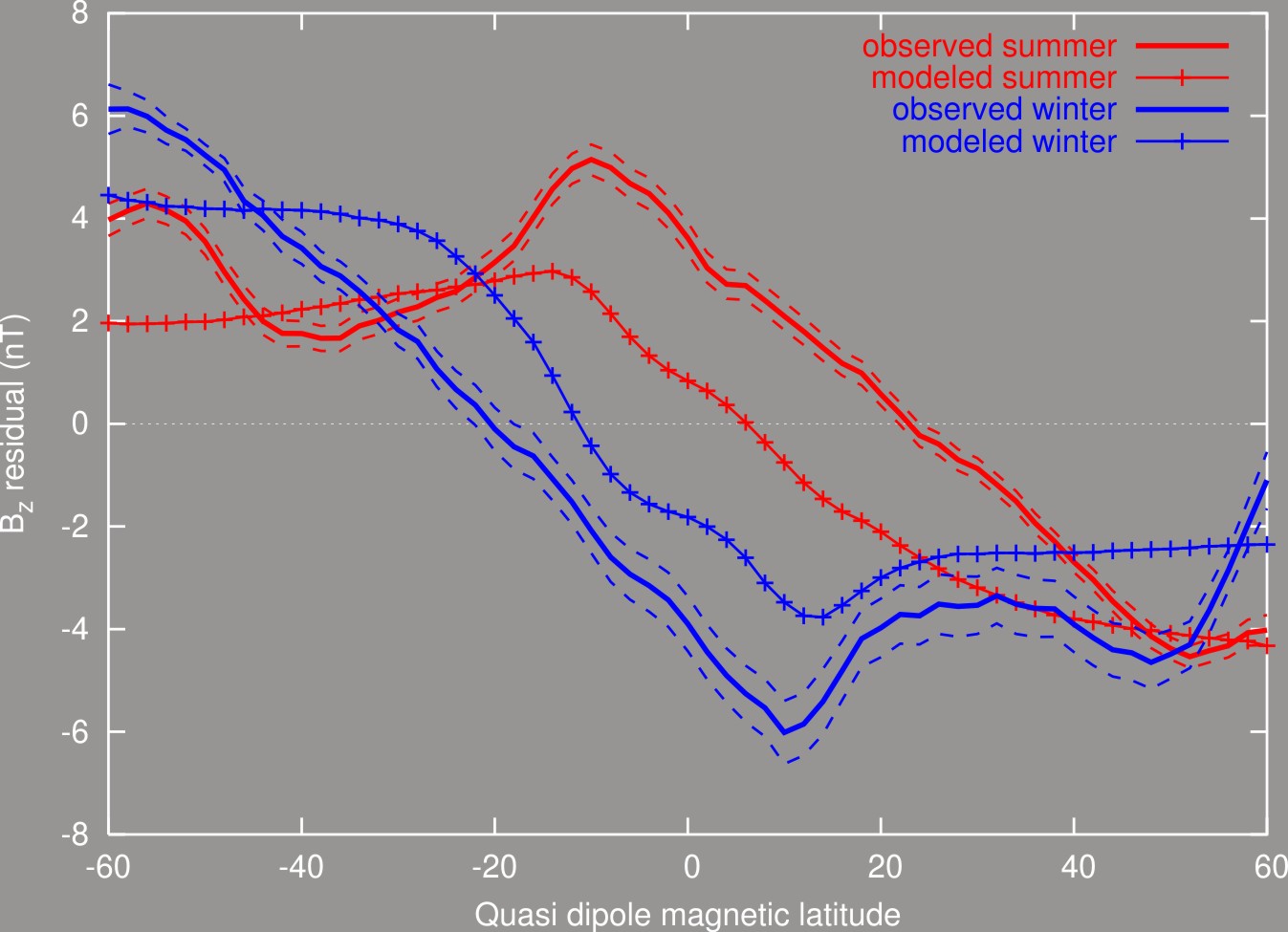 Figure 2: Mean of CHAMP vertical field residuals (positive down) at 20-22 LT, separately averaged for about 600 summer (red) and 700 winter orbits (blue). The standard deviation of the mean is indicated by dashed lines. Also shown are the corresponding predictions of our first order model, including gravity and pressure driven currents. The latter have only a small effect on the vertical magnetic field component, though.