Magnetic field of the lithosphere

Magnetization of the lithosphere gives rise to a magnetic field which can be mapped by low orbiting satellites, as has been demonstrated by the POGO (1967-1971) and Magsat (1979-1980) missions. Following 20 years without suitable measurements, a continuous flow of high quality data from the CHAMP satellite is currently opening a new era in the mapping of lithospheric magnetic anomalies. A further significant step forward is expected with the gradient measurements of the upcoming Swarm satellite constellation mission.

The magnetization of the lithosphere is due to magnetic minerals, primarily magnetite with varying content in titanium. These titano-magnetites have Curie temperatures of 400 C - 600 C, above which they become essentially non-magnetic. Therefore, the lithospheric magnetization is limited to a layer of about 10 km - 50 km in thickness, depending on the local heat flow. 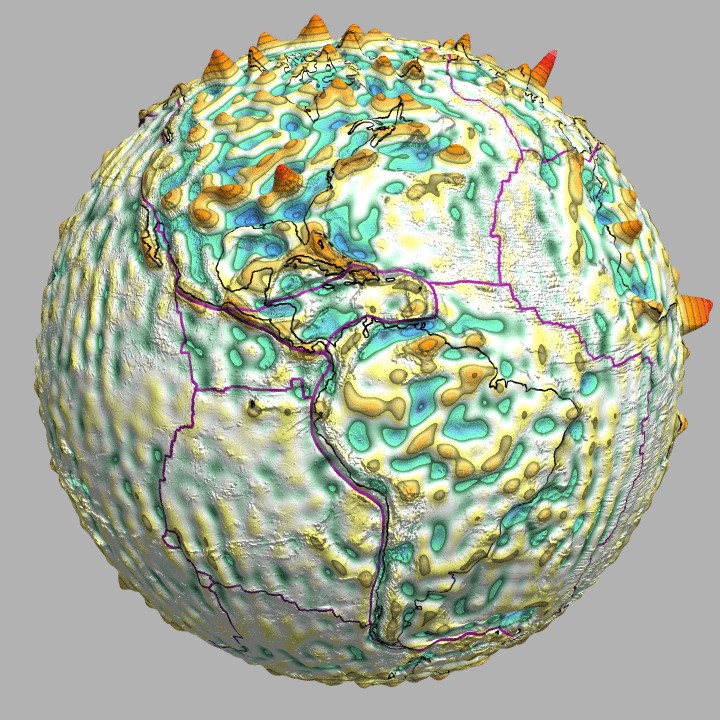 Fig.1 Lithospheric magnetic field as given by the MF4 model produced from CHAMP satellite data. Displayed is the vertical component of the magnetic field, downward continued to 100 km altitude above the surface of the Earth. This image is also available as an animation on the MF4 model page.